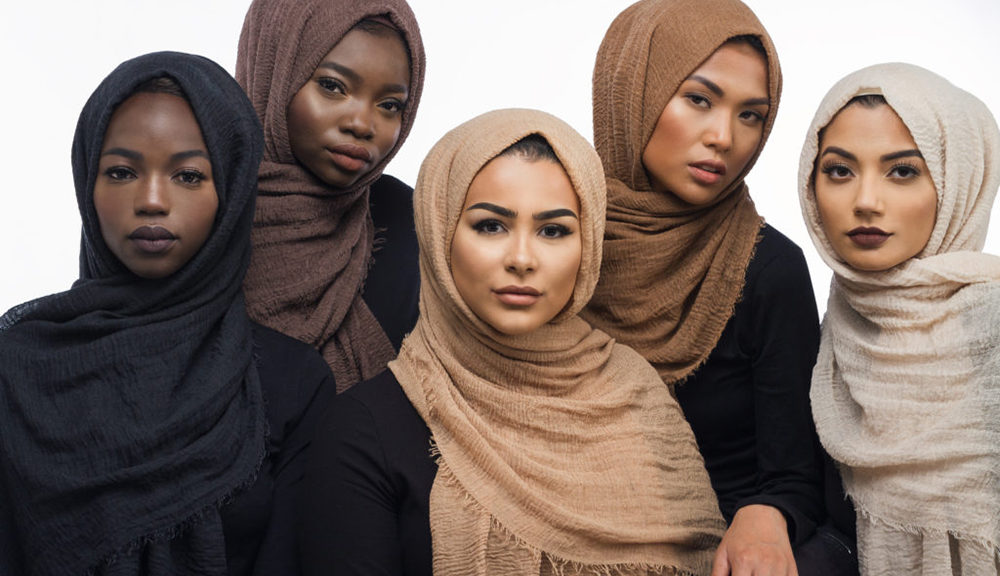 Social media has had a tremendous impact on spreading knowledge and awareness on just about any topic. The way a message is conveyed and how they can go “viral” reflects the evolution of communication in more ways than focusing on just the smartphone or newest tablet alone. It is no surprise that celebrities and other influencers are taking to the internet to spread their messages. In her most recent blog post, blogger Habiba Da Silva focuses her campaign “SKIN” on highlighting both women and men of different ethnicities and cultural traditions. For Habiba, “The SKIN campaign was inspired by many things. Firstly for my passion for cultures and traditions, secondly to break up the trend of having brands with clothing dressed on only lighter skinned models.” Habiba and other bloggers and fashion designers around the world are finally bringing to the light the issue of diversity–whether it be ethnic, linguistic, or even religious.
As discussed in the previous blog post, Islam is a religion not just for Arabs or people of the Middle East. Indeed, Muslims come from all ethnicities and is growing still among inhabitants in Europe and North America. Stereotypes would tell us converts to the religion favor males, as the assumptions about Islam lead us to believe the religion oppresses women. However, evidence suggests that high rates of women are converting to Islam as well. According to the Pew Research Center, Islam is the world’s fastest growing religion and a study by Swansea University indicated that 75% of converts in the UK are women. A quick Google search will also yield blog posts and news articles from female converts to Islam discussing their decision to change religions and their journey through learning about the religion.
So–why the conversion? It is unfortunate that stereotypes about Islam would tell us that women convert to Islam because they are “brainwashed” by others, such as their Muslim husbands, friends from university, or even neighbors. If we turn this narrative upside down, we realize the stereotype does exactly what naysayers say about Islam: it removes agency and the ability to choose from the woman. When those critics of the religion claim women came to Islam because others convinced them, they are essentially claiming women are too weak-minded to make their own decisions, especially one so critical as a change in religion. Why does this happen? For starters, a reinforcement of negative stereotypes of Muslim men contributes to the problem. The idea that Muslim/Arab (often used simultaneously without regard for the difference between religion, ethnicity, and language) are tough-willed, brutish, and “wild” contributes to the notion that these men would force women to do something, such as convert to Islam. Another and related stereotype has to do with the view of Arab/Muslim women which sees them as weak, powerless and incapable of understanding reality.
Edward Said, without a doubt one of the most important scholars of the 20th century to discuss stereotypes about the peoples of the Middle East, claimed that orientalism is what created these stereotypes. The idea that the “Orient” or East was uncivilized was reason enough for the Europe (read: West) to “save” the people from themselves. This obviously resulted in colonialism of the Middle East, Sub-Saharan Africa and Central Asia. We don’t have to look far to see these stereotypes playing themselves out in the media, entertainment and in the words of world leaders. These stereotypes trickle down to everyday discussions among people and these words have impact, particularly among converts to Islam who are constantly faced with accusations of brainwashing and association with extremism.
So, again, why the conversion? Why does anyone convert to a religion? It’s a personal feeling of course, and when it comes to women, a personal choice about liberation is part of the mix. When you break through all the negative stereotypes about Islam and its treatment of women, what you find is a group of believers who truly feel the religion has opened doors for them that nothing else could and that they are reclaiming what it means to be a feminist. Theresa Corbin, an American Muslim author, wrote: “I learned that Islam is neither a culture nor a cult, nor could it be represented by one part of the world. I came to realize Islam is a world religion that teaches tolerance, justice and honor, and promotes patience, modesty and balance.” Others have claimed that Islam brought meaning to their life because it freed them from having to stay concerned with appearances, displays of wealth, and concerns for other shallow topics. Indeed, modesty is the appeal. If I don’t need to be concerned with society’s expectation to show my body, show my fashion sense, show my sexuality, then I can concern myself with more important issues, such as helping others, personal development, and devoting my life to what is good and wholesome. This is not to say that non-Muslim women cannot do this–of course they can! Rather, the appeal of Islam to female converts is that they are able to find meaning and liberation through Islam’s teaching about life and their place in the human-constructed society around them.
It is very difficult for Muslims and those concerned with their treatment to break stereotypes. Day after day, media and political pundits remind us that the religion of terrorists in the Middle East is Islam and that they are recruiting from among young people who don’t know any better–especially young women. Since a majority of the world seems to accept the notion that female converts to Islam are incapable of making their own decisions, people who watch the news and consume negative information about Islam would have no basis by which to judge whether or not conversion was forced or embraced. It is a tough situation, but the more bloggers and celebrities speak out and celebrate the diversity and exclusivity of Islam, the more the world will see the religion for what it really is.