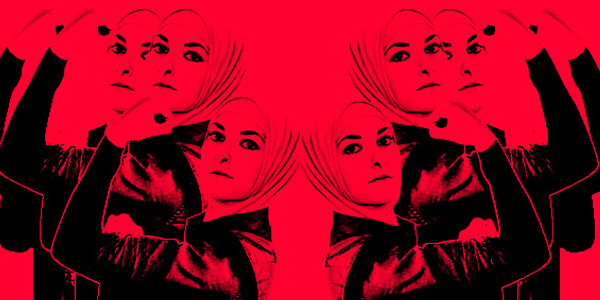 Much of how Westerners consume information about Islam comes via the most unflattering and biased outlets. The media, television programs, and films have often focused on the plight of Muslim women by selecting stories that stand out due to their instances of abuse and marginalization in the communities. It is rare, however, to find a separation or distinction being made between the women in question’s religion, society, tradition, culture, and family. It is easier for the stories to focus on lumping everything that makes a person unique together into one amorphous entity–that is, Islam. Muslim women living in or interacting with those in the West have surely felt pressure to “fight the man,” both literally and figuratively, by leaving the Hijab behind and fighting Islam as though it were in and of itself the oppressive structure in which they live. The problem with this frame of understanding is that it takes away any analysis required of the structure in which these women live.
Countries with a high population of Muslims are often called “Muslim countries” and usually refer to the Middle East, Central Asia, and a smattering of countries in sub-Saharan Africa and Southeast Asia. (It is interesting to note that countries with a predominantly Christian population are not referred to as “Christian countries” by Western media). The tendency to refer to this collection of states as “Muslim” causes the reader to assume that these states are entirely controlled by the religion. This is false. Nearly all of the countries in the Middle East have a mixed system of government whose civil code incorporates European tradition with particular applications of Islamic law. Iran, Sudan and Saudi Arabia alone claim to rule their countries entirely by Islamic law, but there are differences even within their codes and application. To note, “Throughout history and throughout the Muslim world, sharia has been shaped and reshaped, influenced by local customs, reconstructed by colonial law, and more recently by national legislatures, administrators, courts and international treaties.” Just like laws around the world, the creation and interpretation of laws for society changes over time and this reflects the negotiation and renegotiation of issues in society among members of the communities.
In regards to women and their rights, this distinction is important to make because when we assume that a country is “Islamic” we are assuming that it enacts laws and policies against women because the state has the ultimate authority and wisdom to know what is right and what is wrong. However, all of these countries are led by autocratic institutions–whether they be kings, presidents, or religious leaders–who claim they and those they employ have more knowledge or say-so into interpreting women’s roles and rights in society. Below the level of government, these issues are being negotiated among Muslim women and men, much in the same manner that men and women demanded rights and changes in their societies in Europe and North America.
Topics such as needing male chaperones, driving cars, female genital mutilation (FGM), honor killings, and arranged marriages are all topics brought up when claiming Muslim women are oppressed and without agency in their own lives. It is true that in many cases these restrictions and expectations are placed upon women and horrific violence has happened against women–this cannot be denied at all, and those who carried it out must be brought to justice. The instances of these women, however, should not be assumed and applied to all Muslim women and that all of these practices are applied across Muslim countries. In many cases, these practices that are assumed to be “Islamic” are more cultural and existed in the culture even before Islam and practiced even among non-Muslims (like FGM).
In 2013, Egypt ranked as the “worst” country for women’s rights in the Arab world out of 22 countries. Egypt, like most “Muslim” countries, prides itself on its large Muslim population and its incorporation of Shari’a law into the civil code. Two of the reasons Egypt made the top of this notorious list is due to 2 particular issues. Sexual harassment and FGM is very high in Egypt, but we cannot attribute this to Islam. In fact, most of the Egyptian women who reported harassment were wearing Hijabs or Niqabs. Sexual harassment is not condoned in Islam and FGM was actually practiced prior to Islam’s institutionalization in the Arabian peninsula. It is practiced among non-Muslims in Egypt and beyond as well, as it was a traditional practice and has been condemned by Al-Azhar’s Grand Mufti.
Egyptian women are constantly negotiating changes within their society, whether it be religious or nonreligious topics. The main thing to note is that it must be negotiated by the women themselves and not imposed and enforced from outsiders looking in. People who do not live in Egypt (or any other country heavily populated by Muslims) and judge these women as powerless do not understand the complexities of these society by merely reading news articles or jumping between Quranic verses supposedly claiming this or that. As readers and supporters of women’s rights, it is important that we be available to assist if called upon, but realize that imposing anything on anyone never works. When people demand their rights or try to change things in their culture, gradually those changes happen. When has imposing anything on anyone ever worked out–long term?