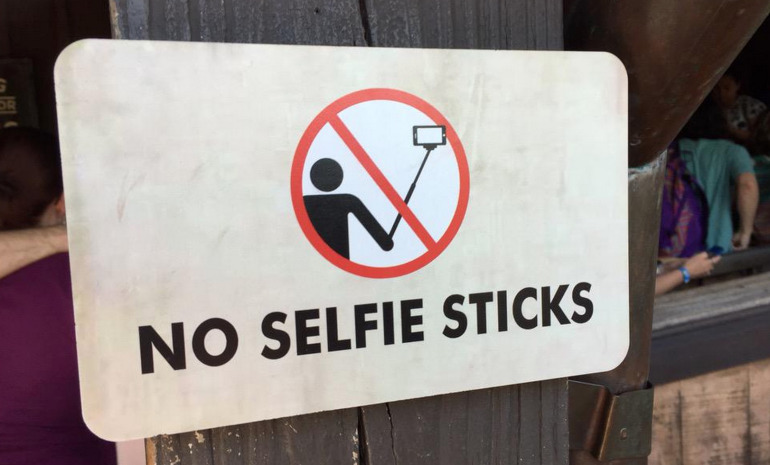 “I can’t walk down the streets of Japan without finding something unusual or peculiar. It’s just so stimulating.” – Michael Booth

If you’re from Dubai and plan on going to Tokyo, or the other way around, here are some things to keep in mind.

If you are from Dubai then you probably know all too well how clean the streets are, after all we are known for it (cleanest city in the region). Just when you thought you couldn’t find a city to match Dubai’s level, think again. Tokyo really goes above and beyond to keep their malls, streets and even public toilets at an A grade of cleanliness!

When travelling to different countries in the world, you may sometimes get the feeling that you don’t quite fit in. That you stand out because of how you dress or the color of your skin which can make for an uncomfortable vacation. This is not so in Japan. The country is highly diverse and welcoming to visitors from around the globe, so there is no need to worry about feeling like a stranger in this already wonderfully strange land!

It seems no matter where you go in Japan, the service is outstanding. Whether you are in your hotel, eating out at a restaurant or relaxing in a spa for the day, the staff go above and beyond!

If you have a craving for it, there is a high chance that Japan can supply! It’s amazing how varied their food options are, which ties in with how diverse the country is as a whole. A word of warning though; with less than 1% of the Japanese population being Muslim, they haven’t quite mastered vegetarian or Halal dishes just yet!

Like UAE, the crime rate is low in Japan which makes for a very relaxing trip however, this doesn’t mean you can disregard all common sense and think that nothing bad could ever happen! Be cautious but relax and enjoy your holiday knowing that Japan is one of the safest countries in the world!

If you are planning a getaway with the family to Japan then you are in luck as just like Dubai the country is geared towards families offering attractions and services to meet the needs of all ages. On a side note, there is no need to worry about clothing as the Japanese are really quite modest themselves!

We have all heard about the mayhem which is the Tokyo underground. With their map offering little to no reassurance, you really should add on an extra half an hour to your journey as the “helpful” map is a language of its own! It may be a little hectic at first, but unlike Dubai, public transport in Japan can get you anywhere you need to go for much less than a cab charge. Just remember that all services stop running at midnight, which isn’t too much of a problem when all the shops close by 10pm anyway!

Pay before you eat anything!

Have you ever walked through supermarket and started sipping on a bottle of water you just selected from the fridge before you have reached the register? Well if you do as Maysm did and tried this stunt in Japan then you would be in for quite a shock as our attendant freaked out when we passed her the bottle of water we were drinking!

Being adventurous with food – Maybe not

Now, when we are travelling to exotic and foreign lands, we always strive to try new and weird delicacies with the motto “Well if I don’t like it, I’ll just throw it away!”. Not in Japan. There is a distinct lack of garbage cans ANYWHERE which means if you don’t like what you have just purchased, you are stuck with it till you get back to your hotel!

Why’s that? – ‘You can’t find a rubbish bin in Japan because of a religious cult that killed 13 and injured 5,500 while trying to install a messianic yoga instructor as the new Emperor of Japan.‘ Full story here.

The Japanese people are extremely polite, but they are also VERY quiet. To the point where speaking loudly on the metro or trains is not allowed and even your phone in these areas MUST remain on silent. 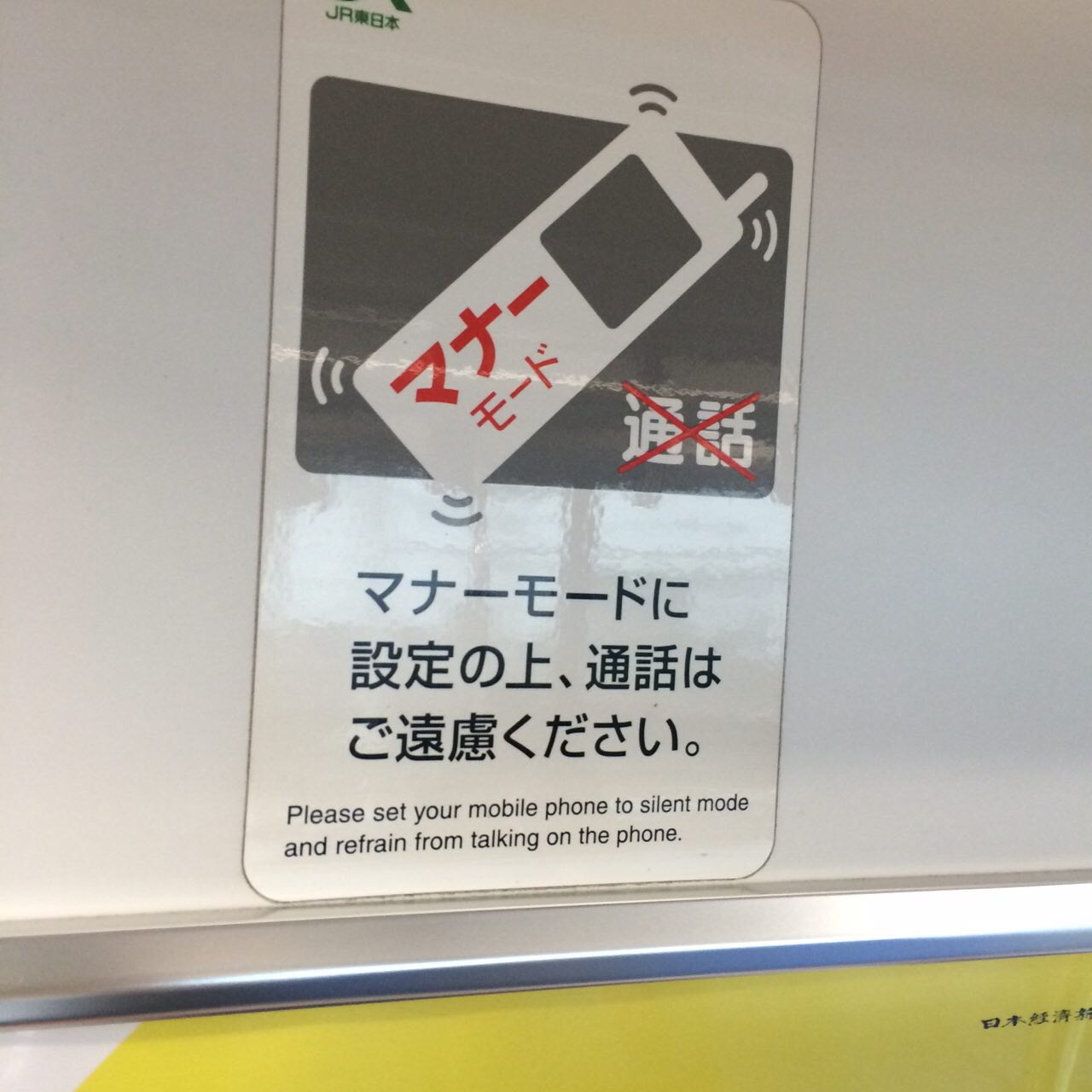 With the era of the selfie stick in full bloom, you may be tempted to slip in a shameless selfie with you and your friends whilst at one of Japan’s theme parks. This wouldn’t be a wise move as selfie sticks are completely banned with signs dominating the parks, looks like you will have to do it the old fashioned way and ask someone nicely!

Travel in the right direction

Japan is one busy place, we all know that. So when moving with a large crowd or up an escalator, make sure you keep to the left to allow enough space for people to overtake you! 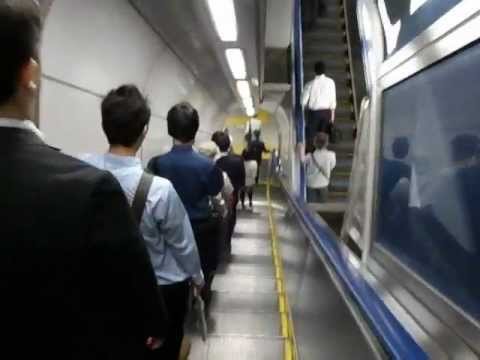 Just like in England you will queue for everything, there seems to be a line for just about anything you can imagine having to wait for. So if in doubt, join the back or make your own line, just to be polite! 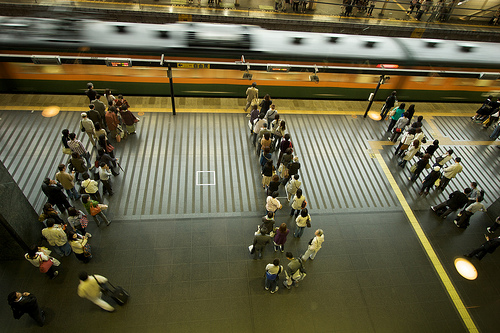 Things in Japan run like clockwork. Literally. A lot of Asian countries might be known for being laid back and “late for everything” but Japan is different. It could be said that they are ahead of time and if you walk into a restaurant with a 7pm reservation, they will not greet you or seat you a minute before!

We’ve all watched this video, right?

Unless you are fluent in Japanese then you are bound to encounter a huge language barrier as not many people speak English. It’s best to be prepared with a few common phrases, a translator app like Google Translate and also, keep the name and address of your hotel written in Japanese on a piece of paper. Picking up a business card from the front desk to show taxi drivers and locals is another great tip!

For a country so forward thinking and highly developed in all areas of technology, there is a distinct lack of ATM machines that will accept foreign cards. So, to avoid a sticky situation, always keep some extra cash on you until you can find an ATM which will accept your card!

If you are coming from a country where tipping is mandatory or just seen as polite; then leave your guilty conscious at home because contrary to Japan being an extremely polite country, tipping is considered VERY rude! Servers are paid a good living wage unlike those working in places like the US so if they owe you a single yen in change, wait and receive it. 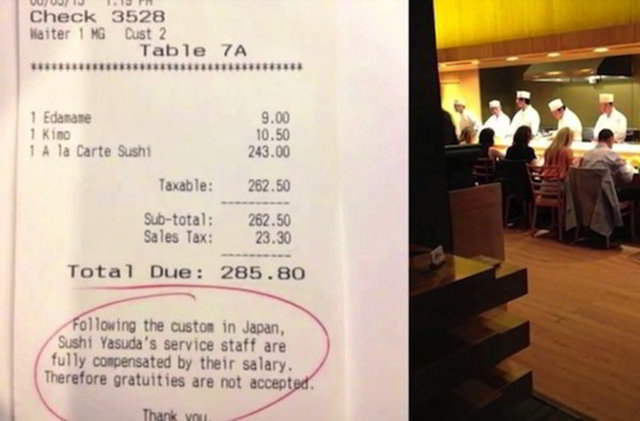 Japanese people are so wonderfully friendly and polite, even though you could probably get away with a certain level of “mistakes” because you are a tourist, it is always much nicer if you follow the simple tips above to begin with.