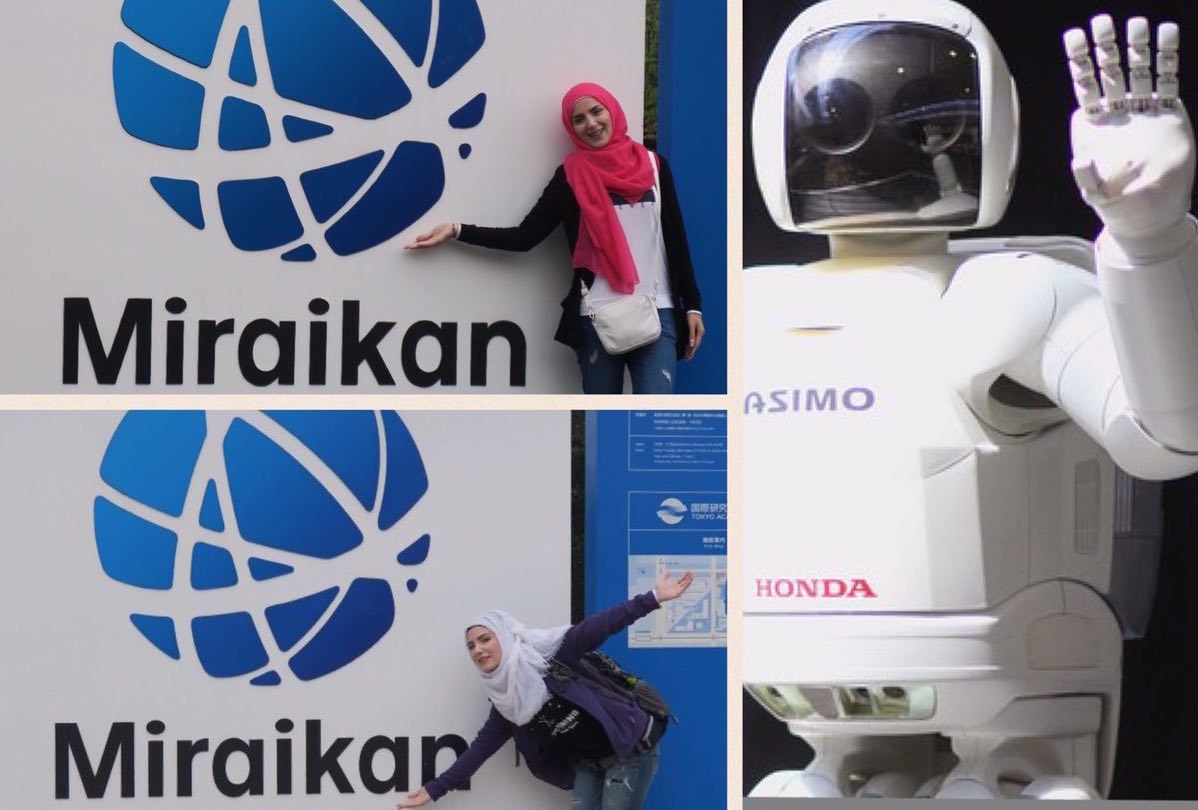 The future always has something that beguiles us. It can drive our imagination to possibilities that we have never seen before, or it can be an elusive far fetch vision of a world that we wish to have in our lifetime.

When I stayed at Tokyo, one of the best parts of my itinerary turned out to be a visit to a science museum. Not the old museum type, but the one that offers a fascinating view of the future! Miraikan means “Hall of the Future”, and it’s located in Odaiba, an artificial island in Japan’s capital city.

Odaiba is a fascinating futuristic place. Technically, Maraikan is labeled as the National Museum of Emerging Sciences and Innovation. It’s near the famous Gundam Statue and the iconic-shaped building of Telecom Center Train Station. 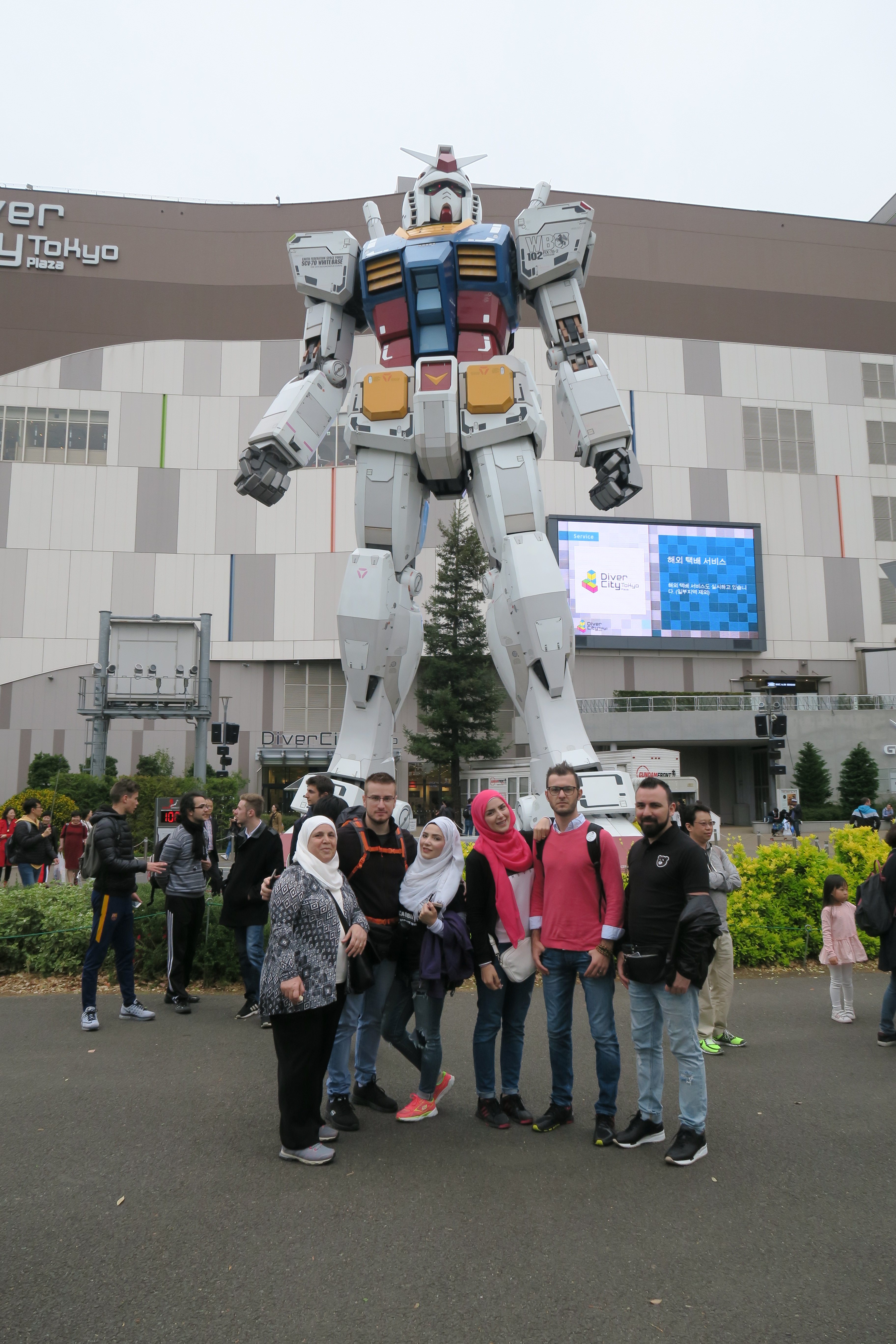 The most desirable feature that sets this science museum from the rest is the way they’ve designed the exhibits. All of it encourages interaction with the visitors, from the robotic pets to Asimo, scale model of the space station to the geo-scope zone, and you’ve got to try the “Personal Mobility UNI-CUB” rides!

From time to time there are new exhibits, but there are the permanent ones that will impress you even at the second time around. While the permanent exhibits have English and Japanese translations, most of the temporary shows are only in Japanese.

Tip: If you see that the line is long, make sure to get your number and scheduled time of return. Some of the popular exhibits allow you to come back on that schedule and you’ll be able to enjoy other exhibits at your own pace.

Feel the Earth in Motion with Tsunagari

Once you enter the science museum, the one impressive exhibit that catches everyone’s eyes is the huge globe that hangs above. Made up of organic LED panels, it’s a rendition of what Earth looks like from space. With over 10 million pixels, the Tsunagari shows real-time data on airflow and clouds streamed throughout the world! There are times that they change the display into geographical data, statistics of people travelling and weather projections.

Tip: If you feel tired midway through your exploration at the museum, the geo cosmos zone has a great lounge area that you can rest and sit down while gazing at the earth above. 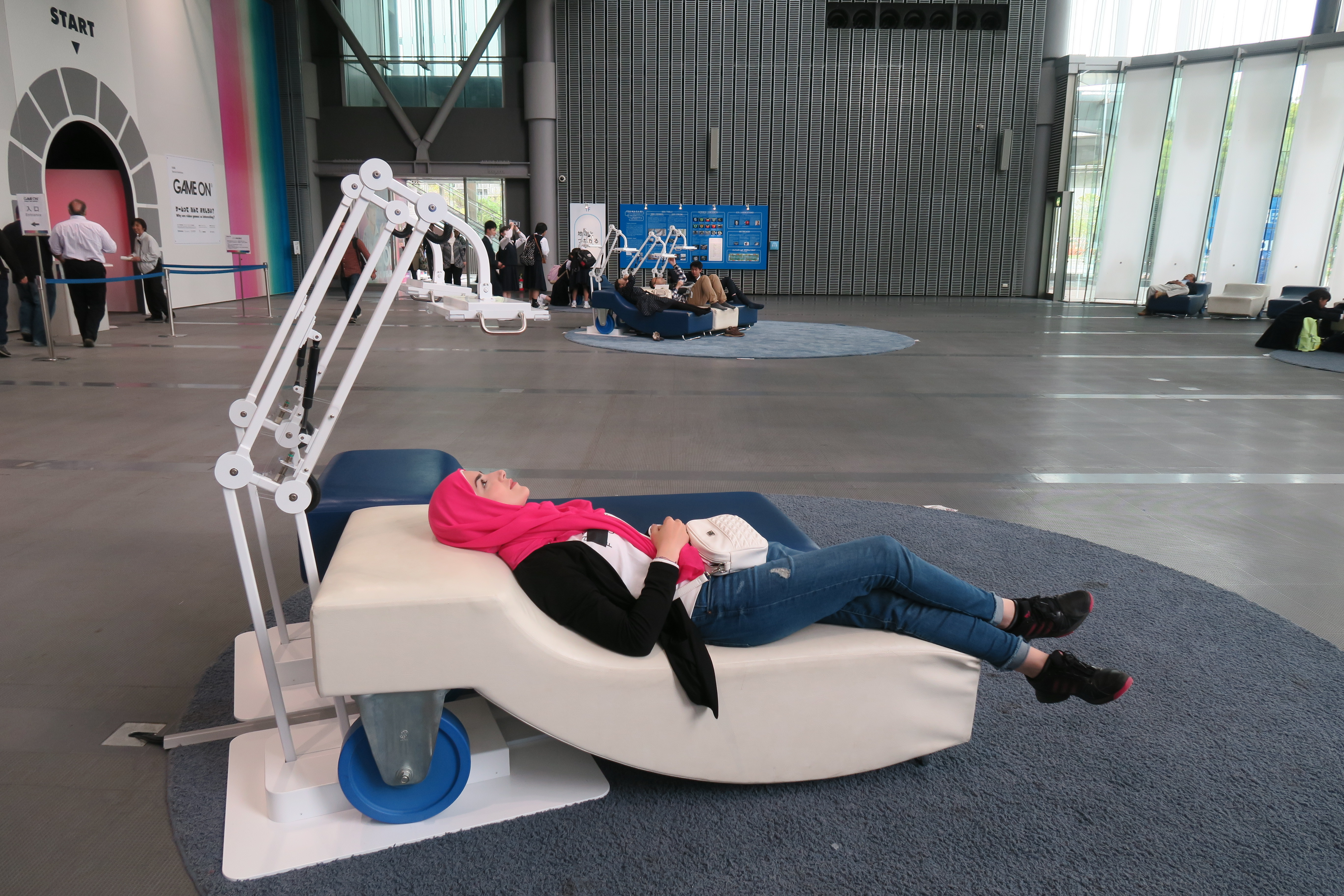 Can I really evolve to human-like characteristics? Let Asimo introduce you to his world! It’s a talking, walking, and dancing robot. He can speak in Japanese and later translate it into English. What else can he do? Take a look at this video.

The Asimo show is quite popular to visitors. Make sure to check the schedule first at the information center so you won’t miss this impressive show. Come at the Asimo zone as early as 30 minutes before the show to get the best seats in front.

We’ve seen the Hollywood version of the future from the movies, how about from science itself? This exhibit propels your mind to take a peek at the possibilities of what Earth will look like 50 years from now. This one made an impact on me, making me think on what one person can contribute for future generations.

First, you choose one of the areas on the planet that you consider most important, then while in the middle of the game, you’ll receive an email from the future – specifically, from your grandchildren! This might sound like a spam email for all single people, but I assure you, it’s no marketing scam. The letter will describe to you how bad the situation is 50 years in the future, urging you to do something.

Now, considering the theories about time travel, paradoxes and possible changes in the timeline, would you just ignore the message or actually do something to change the future and make this world be a better place? 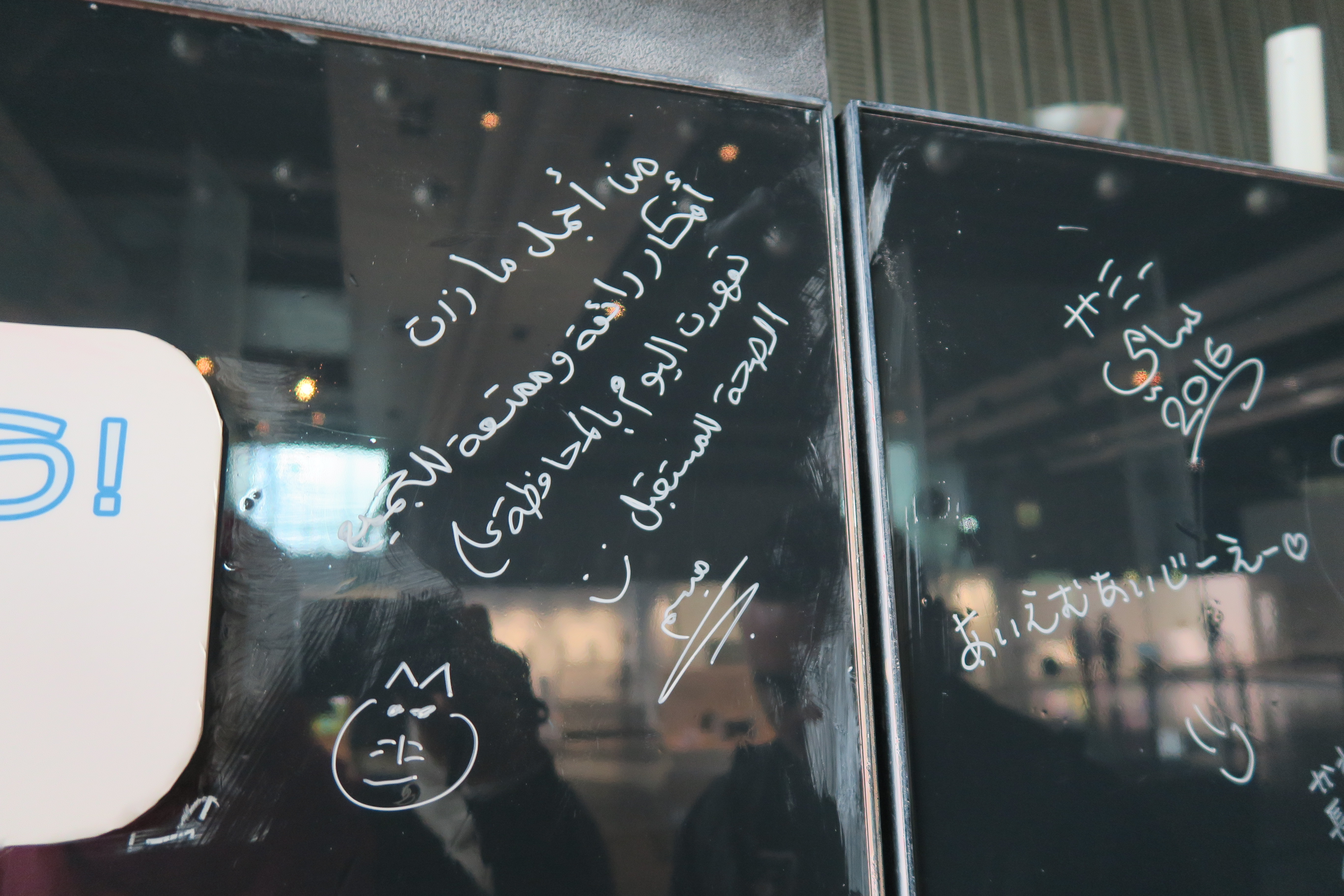 Ah space, the final frontier. While were grounded here on Earth, the International Space Station exhibit is a great way to learn how it is to live up and “out” there. You can walk into a tunnel which is a scale model of the ISS living quarters. They have realistic control panels, samples of astronaut food packets, and autographs by famous astronauts!

Stories of One, Everyone and You

Are you a nerd or an artist? An analyst or a more of a leader? This exhibit allows you to interact with personality tests and exercises and know more about yourself. Part of me thinks that this might be one way that the museum gathers information about the types of people who visit the place. 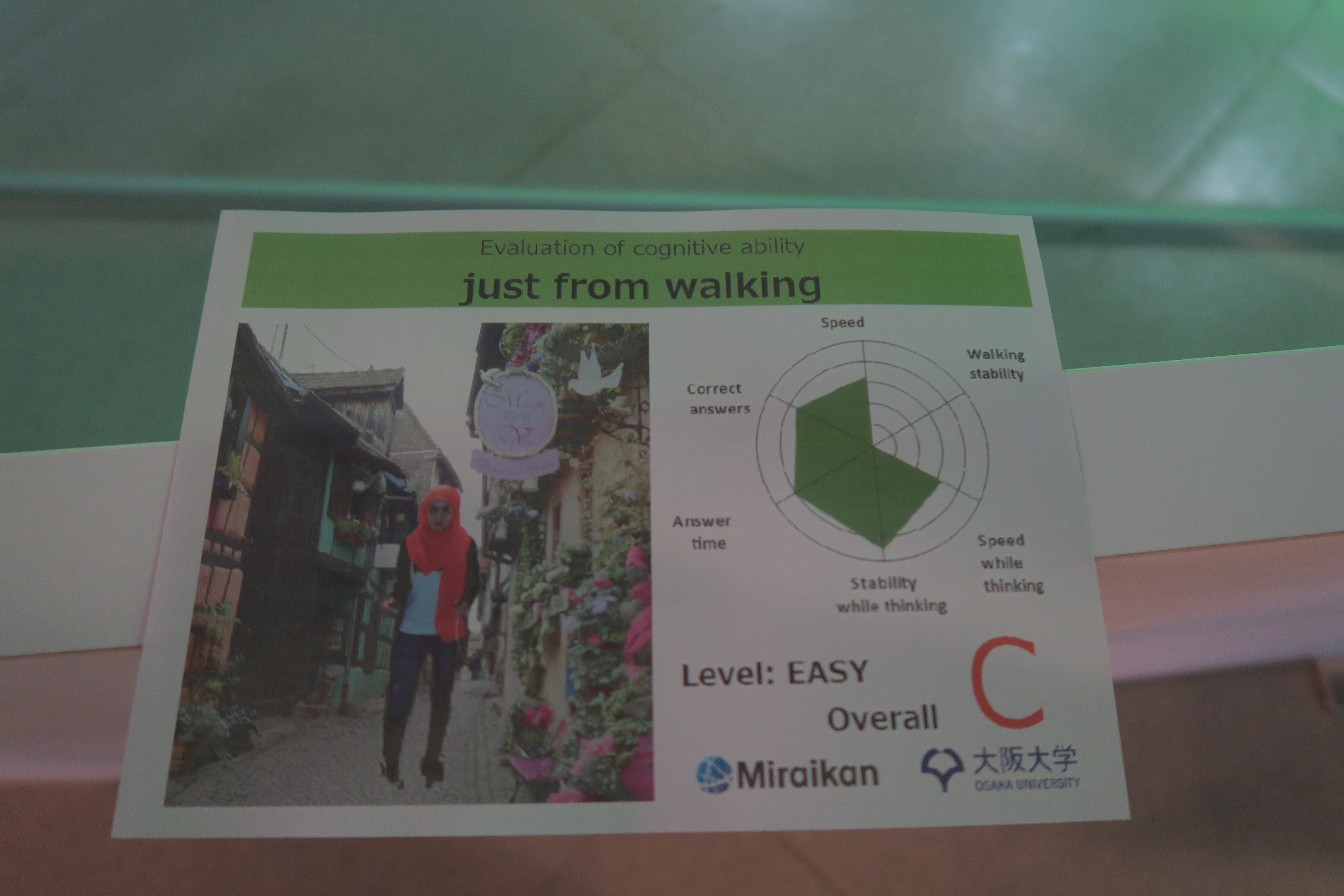 This was one of the exhibits with more people in queue, but when you get inside, it’s not that crowded. It displays the current breakthroughs and theories in cell biology and medical engineering. There’s also a section where you’ll see the images of the brain on different physical activities.

The most interesting part among the 5 sections in Cells in Progress was on stem cell research. You’ll be presented different types of injuries that one may have and how the amazing breakthroughs and possibilities that stem cell therapy can bring into medical technology.

For more info on museum schedule and exhibits, check out www.miraikan.jst.go.jp